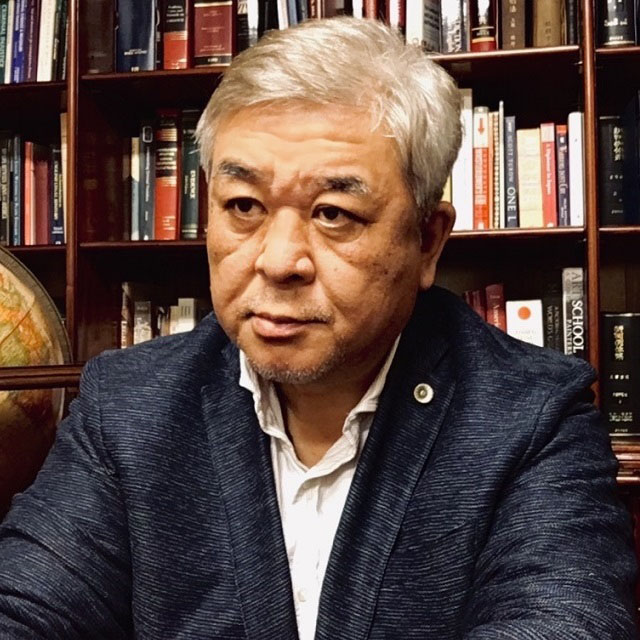 Appointed Public Prosecutor upon completing training at the Legal Training and Research Institute of Japan. 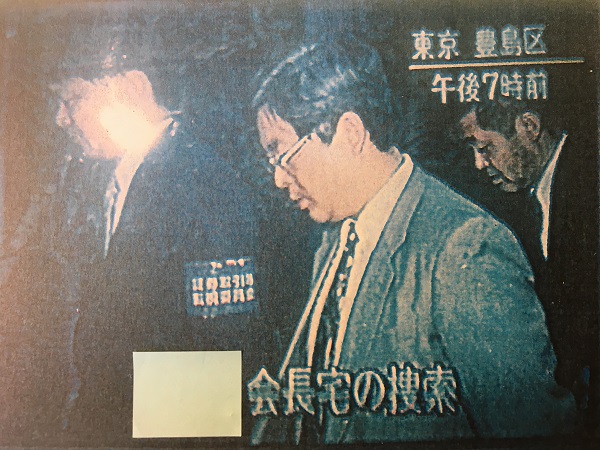 Set a new precedent in criminal justice by applying the charge of unlawful seizure of real estate in prosecuting a case of illegal dumping of industrial waste (Supreme Court decision of Dec. 9, 1999).

Criminal Investigation Bureau and Trial Bureau of the Osaka District Public Prosecutor’s Office, again applied the charge of unlawful seizure of real estate, this time to a case of illegal occupation of land (Supreme Court decision of Dec. 15, 2000).

Also, applied the charge of attempted murder in prosecuting a case of fake marriage and murder to obtain insurance proceeds, invoking the concept of the principal in the second degree (decision of the First Petty Bench of the Supreme Court, Jan. 20, 2004).

In a case where a three-year-old child was starved to death, he applied the charge of murder rather than abandonment resulting in death (decision of the First Petty Bench of the Supreme Court, Mar. 30, 2004).

During his time in the Nagoya District Public Prosecutor’s Office he was sent to the United Kingdom under the Overseas Fellowship Program of the National Personnel Authority; there he gained experience in the field of International Criminal Justice (system) and international criminal cases, including studying the British criminal justice system.

Took part in; investigations of violations of the Securities and Exchange Act by a government-affiliated bank; violation of the Customs Act (preferential tariffs) by a major seafood company; tax evasion by an entertainment production company. He also took part in a joint international investigation with the U.S. Department of Justice and District Attorney’s office into violations of the Sherman Act and obstruction of justice by a U.S. subsidiary of a Japanese company.

In 2002, he resigned as Public Prosecutor and registered as a defense attorney when he joined Asahi Law Offices’ International Division (currently known as Nishimura & Asahi) in 2002.

At Asahi Law Offices he; defended in the CATS stock-price manipulation case; handled the criminal defense in the Nicholas Baker drug-smuggling case (http://en.wikipedia.org/wiki/Nicholas_John_Baker).

In several criminal cases involving overseas affiliates of Japanese companies in Jamaica and the Philippines, he took action to protect the defendants’ rights in such areas as criminal prosecution and bail in consultation with local law enforcement agencies and lawyers. He also defended cases of tax evasion and bid rigging.

In the area of legal compliance, he served on the internal investigation committee of a major credit sales company in a case of corporate racketeering by it, conducting an investigation and offering recommendations on how to prevent a recurrence; presented an amicus brief on the Foreign Corrupt Practices Act at the request of a U.S. company; and offered legal advice on sexual harassment and power harassment.

He has also provided legal advice at general meetings of shareholders, including organizing them, amending articles of incorporation, and modifying company regulations. In the area of intellectual property rights, he provided legal advice and took action on trademark and copyright violations. He also handled a case of defamation involving a show-business personality.

Among his high-profile criminal cases; in a case where a woman who was the victim of domestic violence and was charged with murder and abandonment of a corpse for killing her common-law husband and illegally disposing of his body, Mr. Nakamura secured a lenient sentence of five years’ imprisonment (Sapporo High Court ruling of Nov. 13, 2007)

In 2008, he served as an expert in a project by the Japan International Cooperation Agency (JICA) to assist Cambodia in developing legislation, and working in Phnom Penh on development of their legal code. 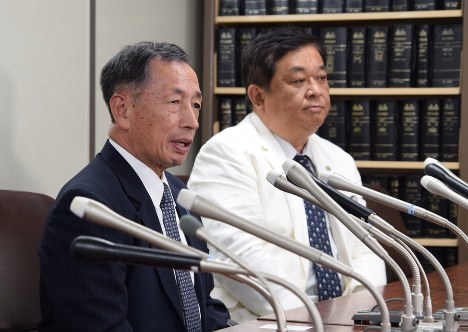 In September 2009 he established Nakamura International Criminal Defense (NICD). He has since pursued an active career in the field of international criminal defense:
Winning a not-guilty verdict for a Jewish yeshiva student who became embroiled in a drug-trafficking case (Chiba District Court ruling of Aug. 29, 2011).
Served as chief counsel in an aggravated breach of trust case by a former company executive, the first case in which questioning by the public prosecutor’s office was taped. 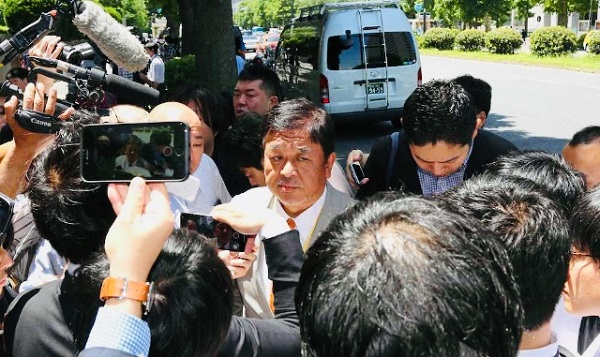 Mr. Nakamura appears frequently in the media as a commentator on criminal cases. He has been a guest on such programs as:
Fuji TV’s Mezamashi TV
TV Asahi’s Wide! Scramble
Yomiuri TV’s Joho Live Miyane-ya. 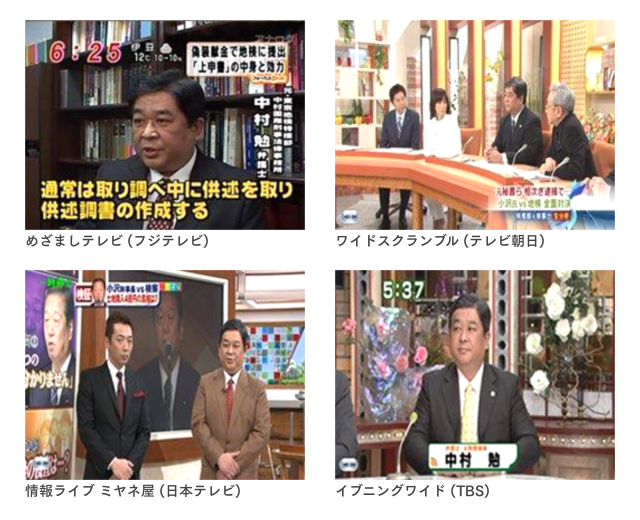 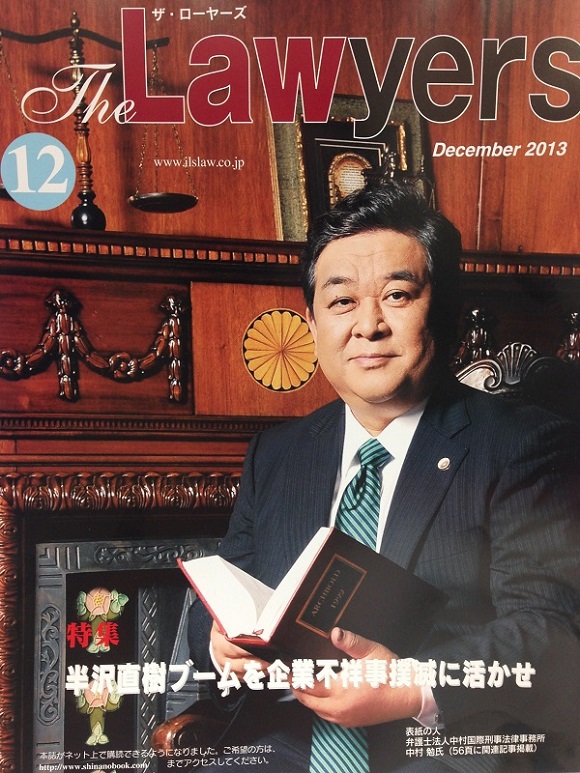 Reuters
(What misconduct is Nissan’s Ghosn accused of, and how did it come to light?)
Bloomberg L.P.
(What’s Next for Carlos Ghosn in Japan’s Unique Legal System)